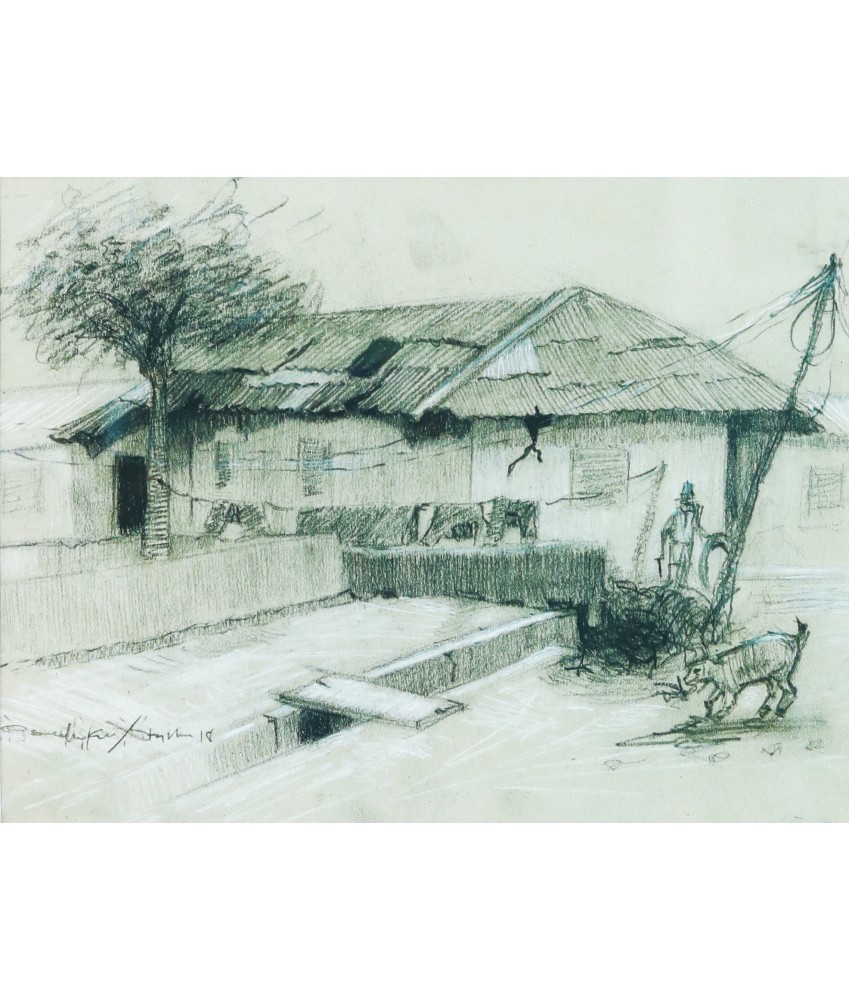 Our neighbourhood, is a Work on paper - Pencil/Charcoal piece by Stephen Osuchukwu (on Paper on board). It was completed in 2019.

Stephen Osuchukwu is a versatile award winning artist with passion for painting, sculpture and comedy. Born on the 6th of June, 1984, and raised in Benin City, Stephen Osuchukwu attended Idaeken primary school Benin City from 1987 to 1992 and Holy Trinity grammar school, Sabongida Ora, Edo state in 1999. He obtained an Ordinary National Diploma in Painting and General Arts in 2005, and a Higher National Diploma in Sculpture in 2007 from Auchi Polytechnic where he was awarded the Rectors award as the best graduating student in Sculpture.