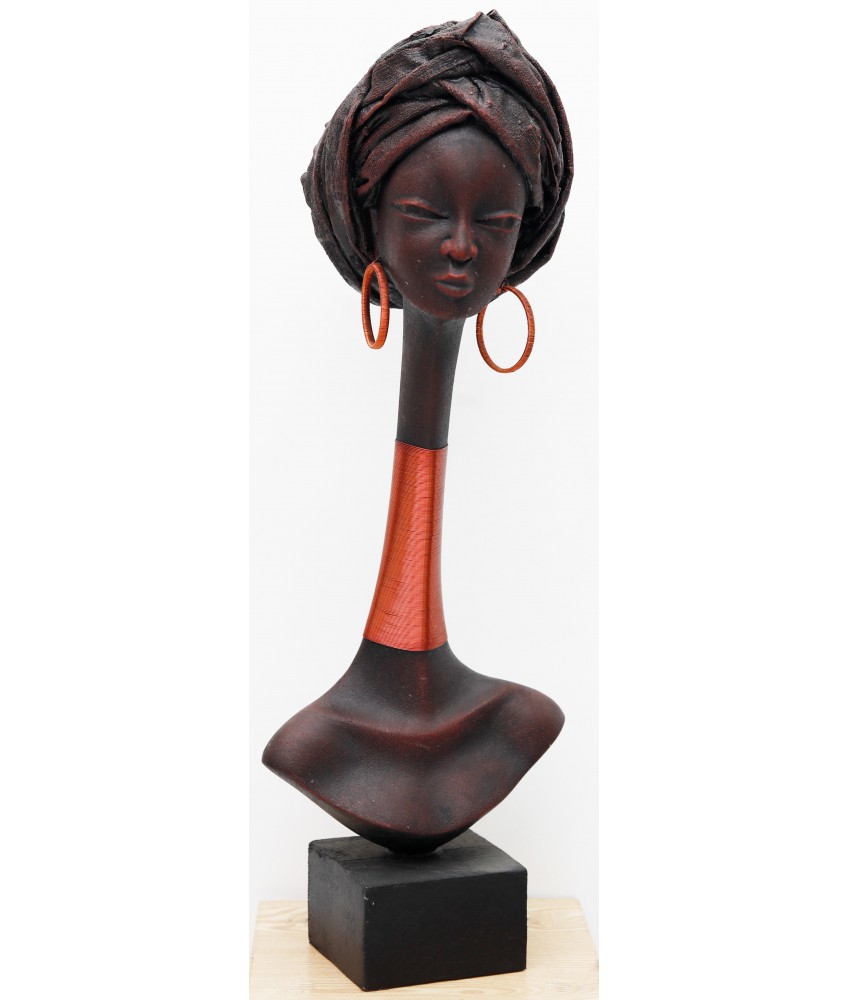 Sisi Eko, is a Sculpture - Resin (fiber glass) and copper piece by Exodus Aluyia (on Wood pedestal). It was completed in 2006.

Born in Benin city, Edo state, Exodus Aluyia is a well-known sculptor with national and international acclaim. He got a secondary school education from Edokpolor Grammar School, Benin city, Edo state. In 1997, Exodus came across the work of the late David Omohinmin, a popular sculptor in Benin city, whose work he was so moved by that he went to learn under him. His preferred media are fiber filler and bronze, through which he explores the lives of ancient people and their cultures.

Exodus has been involved in numerous solo and group exhibitions in Nigeria. His works can be found in the homes and galleries in and outside Nigeria. He is a member of the Society of Nigerian Artists (SNA). In 2000, he moved from Benin to Lagos state. He currently lives and works in Ipaja, Lagos State.