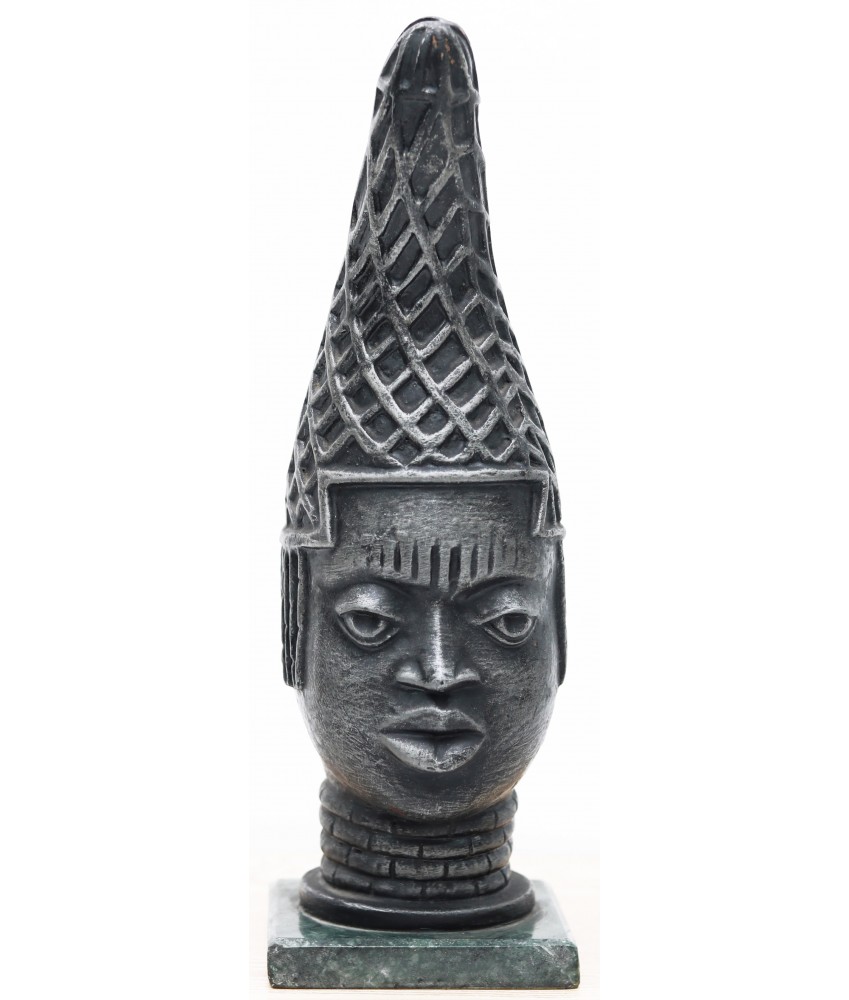 Benin Head, is a Sculpture - Resin piece by Felix Idubor (on Marble pedestal). It was completed in 2008.

Born in 1928 to a farming family, in the Ancient Benin City which has deep roots in Nigerian art history and practice, Felix Idubor was a Nigerian sculptor who is considered a pioneer of Nigerian contemporary art.

Felix started sculpting when he was quite young much to the disapproval of his father who felt that a sculpting career was not a wise choice, financially. He started primary school education in Benin but took a break to focus on his true calling  sculpting. This in no way hindered his academic abilities as he went on to teach at the Edo College, Benin with little formal training at the age of seventeen, he also taught at a college in Yaba, Lagos. Later on in his career, he gained critical recognition when he participated in an exhibition opened by the then Nigerian governor-general, James Robertson, during Queen Elizabeths visit to Nigeria in the late 1950s (he presented a wood carving to the queen as a gift), with the exposure he got at the exhibition, he got a scholarship to study at the Royal College of Art, London.