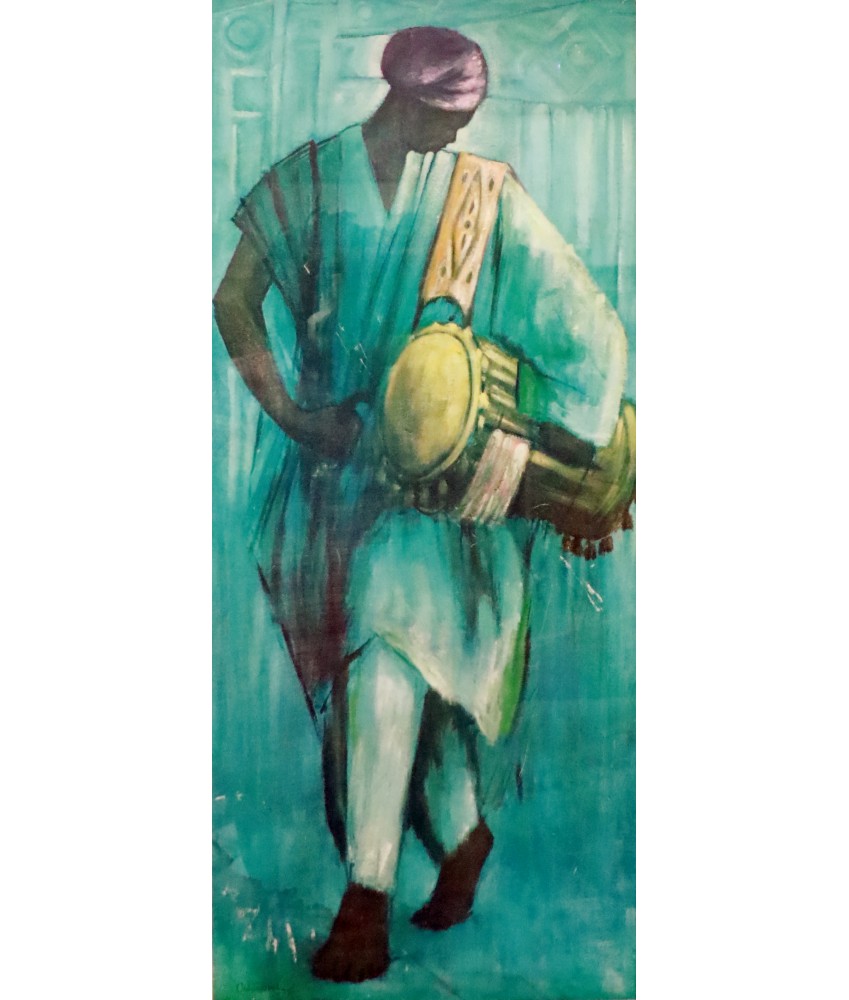 Drummer is a Work on paper - Print piece by Kolade Oshinowo.

Kolade Oshinowo was born on the 6th of February, 1948 in Ibadan, Oyo State, although he is an indigene of Ikorodu, Lagos State. After his secondary education at Ibadan Grammar School in 1966, he trained at the Ahmadu Bello University, Zaria where he graduated in June1972 with a specialization in Painting. He started his teaching career at the King痴 College, Lagos in 1972 and later joined Yaba College of Technology in 1974 as an assistant lecturer in Drawing and Painting. He was the Head of Fine Art Department in 1986, Director of the School of Art, Design and Printing in 1990 and the Deputy Rector of College between 1992 and 1996. He retired from Yaba College of Technology as a Chief Lecturer on the 28th of February, 2008.