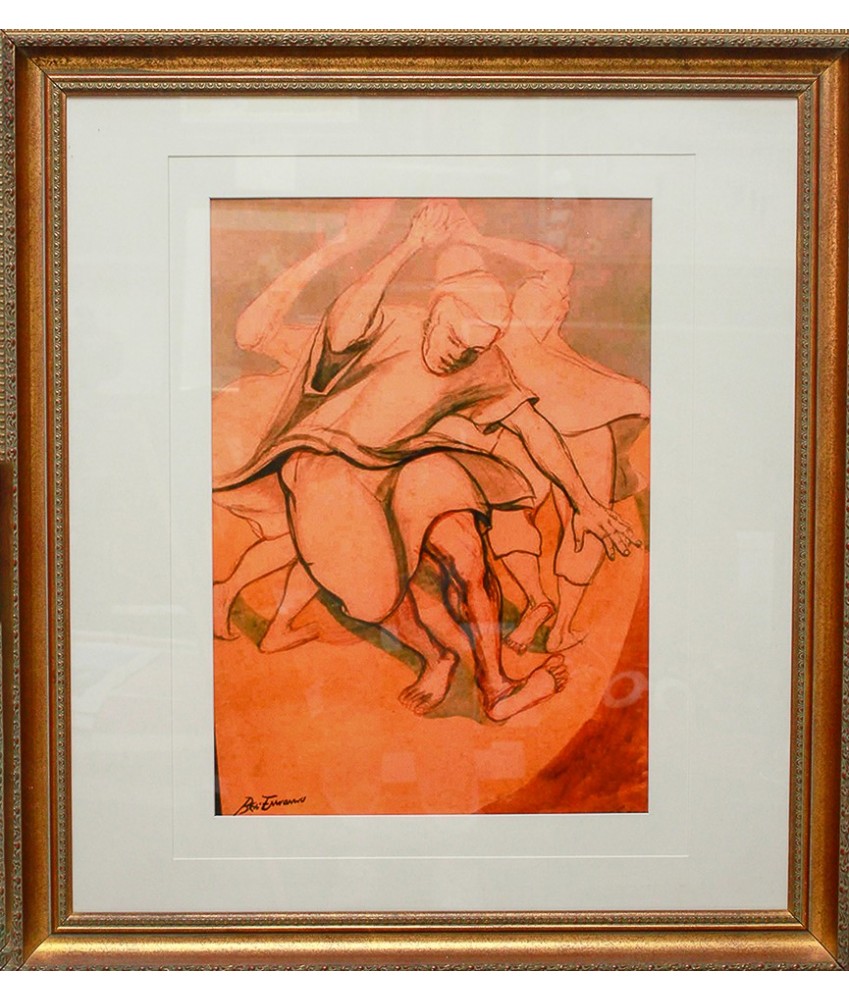 Untitled is a Work on paper - Print piece by Ben Enwonwu.

Born July 14, 1917, Odinigwe Benedict Chukwukadibia Enwonwu MBE, better known as Ben Enwonwu, was a Nigerian painter and sculptor. His career paved way for increased visibility of African modern art, by the 1950痴 he became known and celebrated as Africa痴 greatest artist by international media, having exhibited in numerous prominent spaces in Europe and the United States. He died on February 5, 1994.